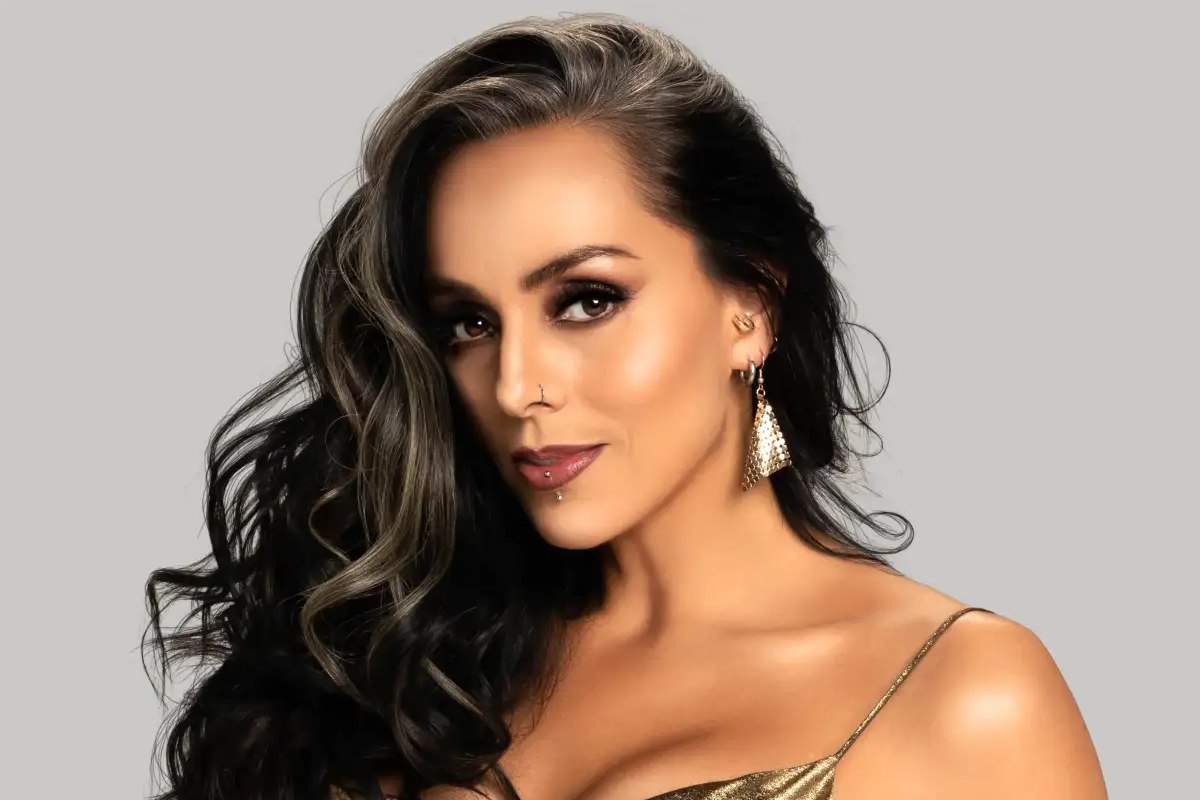 Do you want to be part of the third season of La Casa de Los Famosos? Upload your video in the contest link on our page, convincing us why you would be the perfect candidate to enter our house. Here, celebrities gather under one roof and isolate themselves from the outside world; they are recorded by cameras 24/7 as they compete with one goal: to win.

Cameras monitor seventeen contestants who live under the same roof and spend time together. These stars, isolated from the outside world for a long time, present themselves as never before in the most revealing situations. What are they when they have to take care of household chores and participate in competitive challenges? How are they at making important decisions? Each week, one of the roommates is evicted by public vote, with the last roommate standing being the winner. 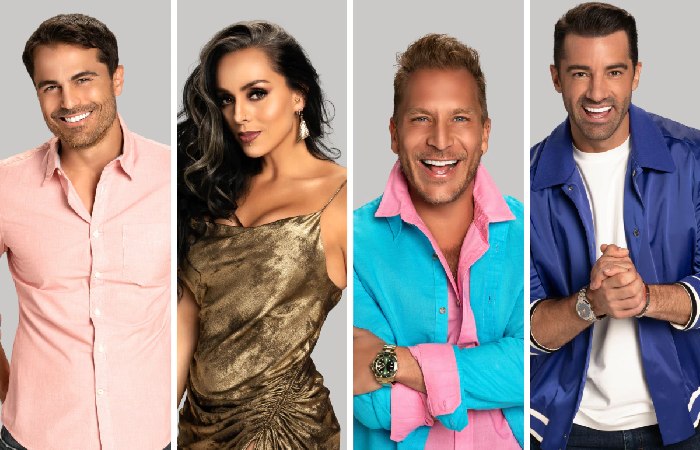 La casa de Los Celebrities (The Celebrity House) is a Spanish American version of the Celebrity Big Brother reality television franchise, an adaptation of Big Brother. The show premiered on Telemundo on August 24, 2021.

The series was announced in early 2021 during the network’s kickoff presentation for the 2021-22 television season. On July 28, 2021, Telemundo confirmed the August 24, 2021, program premiere, with Gabriela Spanic, announced as the first entrant. On the same day, Hoy Día announced Héctor Sandarti and Jimena Gallego as hosts for the program.

The qualifying rounds of La Casa de Los Famosos 2 took place, and as we predicted, the fans sent Laura Bozzo home. Making Nacho Casano, Toni Costa, Ivonne Montero, Daniella Navarro, and Salvador Zerboni the final five competing for the $200,000 grand prize. It ends in a three-hour grand live coast-to-coast season finale on Monday, August 8, at 7 p.m. m. ET / 6 p.m. m. / 4 p.m. m. pt. Look at the celebrities who kicked off the season in the order they were eliminated.

Mayeli Alonso was the first to be eliminated, with 33.7% of the votes. Lupillo Rivera’s ex-wife was very vocal during her brief stint on the show, revealing secrets between Rivera and Belinda and a confrontation with Niurka Marcos days before her elimination. “Unfortunately, some people cannot accept that someone raises their voice. I do not regret everything that I have developed in the house. I feel happy,” he said.- He told co-hosts Héctor Sandarti and Jimena Gallego .

After Alonso, it is the elimination of Brenda Zambrano. Zambrano was one of the first to get involved in the drama, making a cheeky comment when Rafael Nieves invited Julia Gama to the boss room. However, many fans were shocked by the decision and called it unfair.

Singer and influencer Luis “Potro” Caballero was the third to be eliminated. Further, his departure sparked a drama in the house between Bozzo and Natalia Alcocer.

Eduardo Rodríguez was the fourth to miss out on the chance to win $200,000. The controversial Mexican actor has become the enemy of viewers after making statements against fan favorite Montero. Montero’s loyalty to viewers was evident when she became the season’s first runner-up.

Brazilian model Julia Gama could not be saved and was the fifth person to be eliminated.

Cuban singer Niurka Marcos seemed the favorite to win the show and was eliminated by the fans. She had a lot of controversy in the house, making comments about Costa’s ex-wife, Adamari López, and a confrontation with Juan Vidal.

The seventh elimination saw the farewell of Osvaldo Ríos. Fans were furious when they saw Rios kiss Zerboni on the mouth, calling it the “kiss of death.”

Removing comic book writer and artist Rafael Nieves was one of the saddest seasons for The Purple Room. The week before his elimination, nothing was going well for the Nieves.

With 18% of the votes, the former “For Love or Money” star said goodbye. Lewis Mendoza was eliminated after going after Montero, proving once again that she wasn’t a cast member you wanted to cross paths with this season.

Dominican actor Juan Vidal was the tenth to be eliminated at Casa De Los Famosos, with only 8% of the votes. He spent 70 days in the house and was nominated 4 times before finally saying goodbye. His romance with Niurka Marcos was one of the most talked about things on the show. Besides, he also had drama away from home with his ex-partner Cynthia Klitbo accusing him of emotional abuse during their relationship.

“La Vikinga” was eliminated with 32.1% of the votes. Further, It was a close tie with Navarro and Costa, but Natalia Alcocer had to say goodbye in the end.

Laura Bozzo was the last person to be eliminated and was one of the most controversial people on the show. After 84 days in the house, she says she feels proud to be herself. “I’d rather walk out with my head held high and dignity than be in a place where they rip your heart out for $200,000,” she said after her elimination. 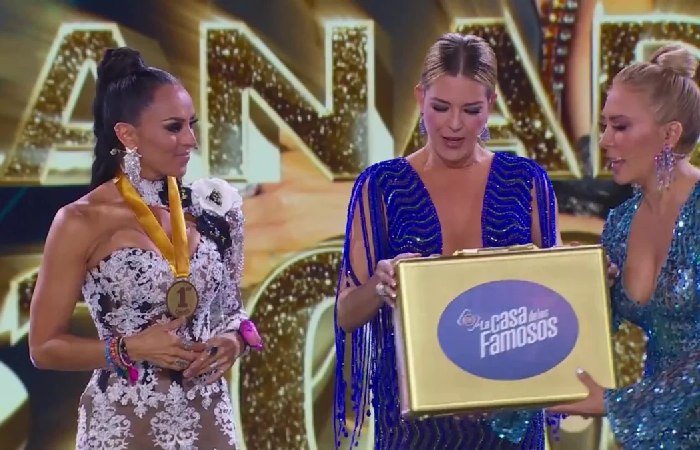 Ivonne Montero was the winner of the second season of the popular reality show after spending 90 days inside La Casa de Los Famosos. Finalists in the reality show were Ivonne Montero, Nacho Casano, Toni Costa, and Salvador Zerboni.

Ivonne Montero, 48, is from Mexico City and has a career spanning more than 20 years in theatre, film, and television. She recently starred in the series Malverde: la patrons as Ángeles Serrano. In addition to having television experience, she has participated in several reality shows. And also, In 2003, she won the Silver Goddess Award for her role in El Tigre de Santa Julia.

Yesterday, Monday, August 8, viewers voted Ivonne Montero as the show’s winner to win the grand prize of $200,000. So, according to official network data, the 48-year-old singer and actress received 33.8% of all public votes.

Toni Costa was the fourth runner-up at Casa De Los Famosos, with 14.6% of calls. Nacho Casano was in third place with 19%, while Salvador Zerboni in second place with 32.6% of the vote. Besides, the difference between the percentage of votes between Ivonne and Salvador was 1.2%, an inspiring and super tight call!

The four finalists who fought for the title in the last phase of the contest were revealed last Thursday, August 4, when Daniella Navarro was eliminated, remaining the fifth finalist in the contest.

During this episode, where the final four met, they all gave a toast to honor their efforts during the show. They also dedicated a few words to their loyal fans, who supported them to reach the final stages weekly and thanked the Telemundo network for allowing them to participate in La Casa de Los Famosos.

The program’s hosts, Héctor Sandarti and Jimena Gállego, announced that there will be a third season of La Casa de Los Famosos. And also, they revealed that in the show’s next season, viewers would have the opportunity to become cast members, and more details will be announced shortly.

Also Read: How Much do Lash Techs Make

How Much do Lash Techs Make? Do they get a Handsome Salary?