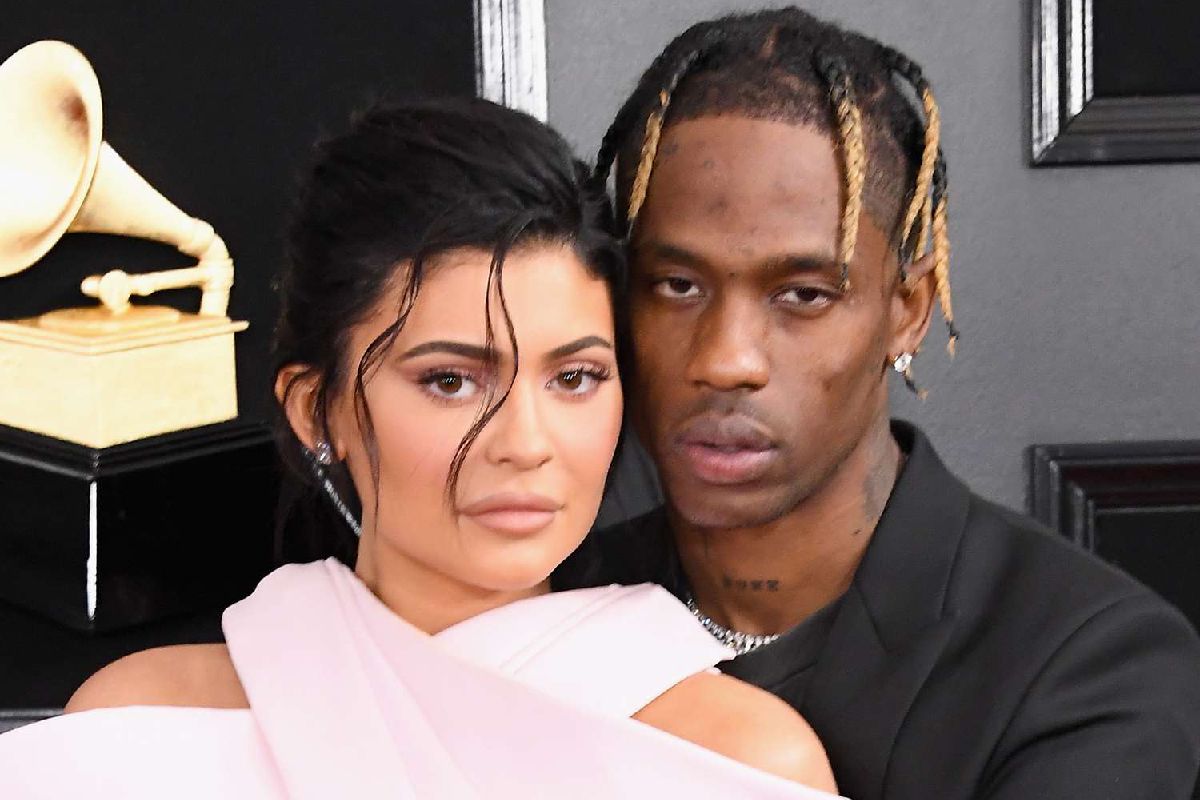 Travis Scott Kylie Jenner has a good relationship because of their two kids, and things are going well now though they have separated several times in the past.

In this article, we will learn more about them, their lifestyle, their dating, their separation, their family, and their importance to each other. They both are masters in parenting and are proud parents of two kids. Harpersbazaar talks about Kylie Jenner and Travis Scott’s Complete Relationship Timeline.

Who are Travis Scott and Kylie Jenner? 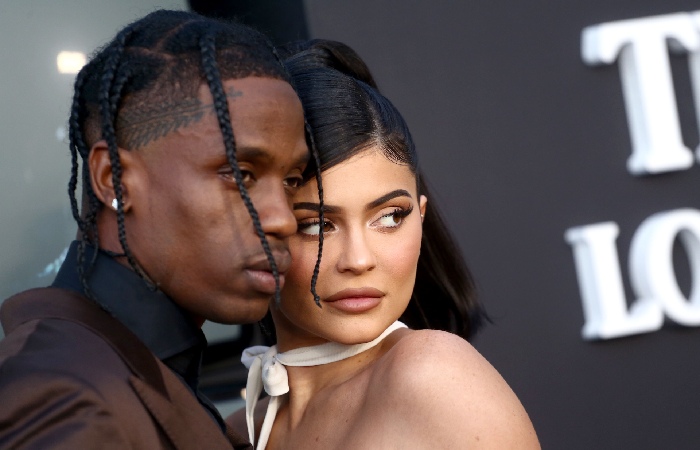 Travis Scott is a Houston-born hip-hop artist and producer affiliated with Kanye West’s GOOD Music and TI’s Grand Hustle. He became known during the early 2010s for his heavily Auto-Tuned half-sung/half-rapped vocal style.

Kylie is an American reality television personality, businesswoman and model. At 14 in 2012, Kylie collaborated with the clothing brand PacSun. She, along with her sister Kendall, created a line of clothing, Kendall & Kylie. And in 2015, she also launched her cosmetics line called Kylie Lip Kits, renamed Kylie Cosmetics the following year.

How did Travis Scott and Kylie Jenner Start Dating? 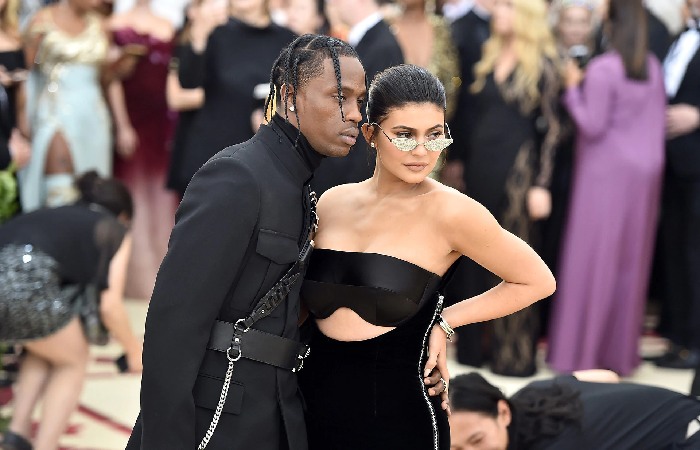 Travis Scott and Kylie Jenner’s first dating started in 2017 at Coachella. They were spotted holding hands, and rumours spread very fast. They were called one of the most famous couples. The dating went on and off for almost five years. The following are the FAQs and relevant answers that might help you. 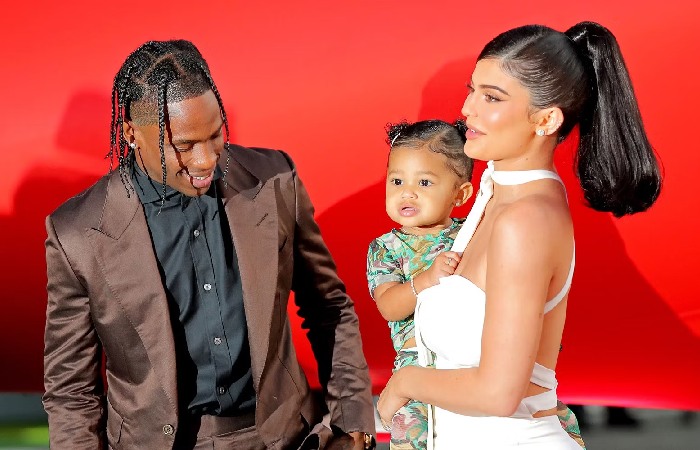 Travis Scott and Kylie Jenner had ups and downs in their relationship; however, their parenting towards their two children kept their bonding alive. Their dedication towards their kids is admirable. Baby Stormi was the couple’s first daughter in February 2018. And later, they were blessed with a son in February 2022. They both had a wonderful experience as parents. They both had their ups and downs over the years but remained united in their parenting approach. Scott describes this as a “natural vibe.”

Kylie Jenner kept her first pregnancy secret for nine months, and when she announced her daughter’s birth, the world was shocked. She named the baby girl Stormi Webster and was born on Feb 1, 2018, in Los Angeles. Jenner and Scott shared on Instagram the name they have chosen for their baby girl, Stormi Webster.

Stormi is the “perfect mixture” of her parents. She has been making fashion statements from the time she was a baby. She made her red carpet debut at 18 months old at the premiere of Scott’s Netflix documentary. “Look, Mom, I Can Fly” with tiny sneakers made little Stormy popular. She also recreated Jenner’s iconic 2019 purple Met Gala ensemble, had multiple matching moments with her trendsetting mom and has accumulated quite the accessories collection (including her mini Prada purse).

She is a cutie pie who follows her mom and influences business. Kylie and Stormi became famous in Social media when they made a clip on Tik Tok in July 2022. She also followed her dad’s musical steps and shared a cute video on TikTok of lip-syncing to Scott’s track, “Mamacita.”

She became a proud big sister on Feb 2, 2022, and her baby brother’s name was Jacques Webster. Kylie Jenner shared some pics on Instagram on Nov 28, 2022. Jacques Webster’s face was hidden; however, his curly hair and cute legs were visible in the pics. You can find more information about the two kids here.

The one-year-old Stormy made her red carpet debut when she attended her first event along with Kylie Jenner and Travis Scott. She was dressed head to toe in camouflage and tiny white sneakers; Stormi had also posed for photographs in the arms of her world-famous mama and dada. Her mother, Kylie, dressed glamorously in white and high heels, and her dad Travis Scott looked handsome in a chocolate brown suit. They all looked gorgeous, hugging and kissing each other on the Red Carpet. The adorable toddler was on hand to support her rapper dad at the premiere of his upcoming Netflix documentary, Travis Scott: Look Mom I Can Fly. 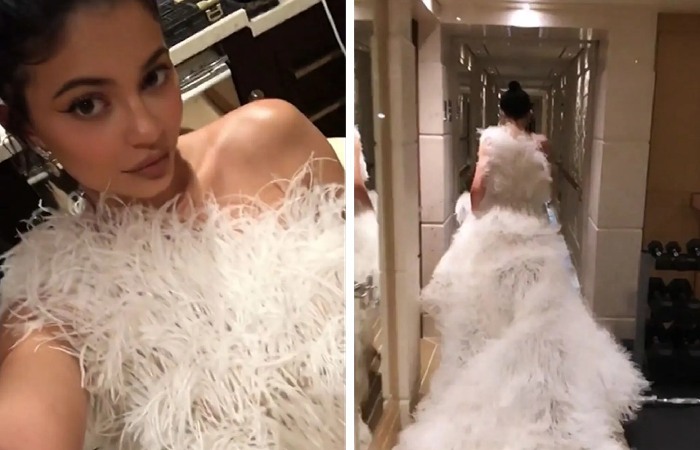 The reality star Kylie Jenner sparked speculation that she tied the knot with Travis Scott. She has posted a photo on Instagram showing the rings, a diamond-encrusted band and a simple gold piece on her hand. Kylie wearing a pretty white dress, created a buzz on the Internet that she was getting married. The posts are still up, but there is no way to confirm that it was real. She sparked speculation as she showed off two dazzling bands on her ring finger.

The Real Reason why Travis Scott and Kylie Jenner Broke Up 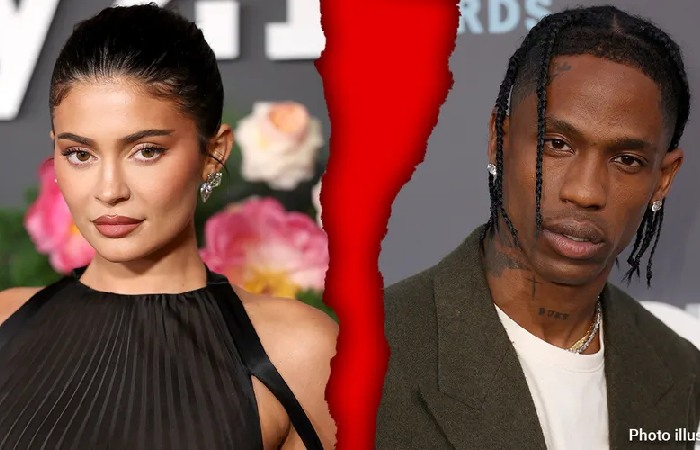 As discussed earlier, Travis Scott and Kylie Jenner had many ups and downs but were good parents to their two kids. People wanted to know why there were differences in their life which separated them several times. Kylie focuses on her kids and business, whereas Travis is the opposite. Their focus is different; Travis loved parties. They were both always in on-again, off-again relationships, but the best part of their life as they were always good friends and co-parents. They always lived in separate homes but maintained their relationship with their kids.

As per US Weekly, Kylie and Travis broke up again. They were supposed to spend the holidays jointly, but she has gone to Aspen to be with her friends and family.

The report also says it was not an easy relationship, but this break-up again is not an end. Despite breaking up several times, they were together again. The parental bond always kept them together as friends and parents.

Kylie Jenner and Scott have been dating on and off for almost five years. The pair shared several major life-changing moments within that time, from having kids to overcoming rumours. Here, we look back at the ups and downs of their relationship, starting from the very beginning. She met Travis for the first time at Coachella. Later, the reality star decided to join the rapper on tour for a second date. “Coachella was one of the stops on his tour,” she explained back in 2018. “So he said, ‘I’m going back on tour — what do we want to do about this? As they liked each other, they were going with each other.

Their Date started in April 2017, took a serious turn with matching Butterfly tattoos in June 2017, and became strong when rumours revealed that she was pregnant. Finally, the birth of Stormi, their first child, became an unbreakable relationship in February 2018.

In August 2019, the couple made a red carpet Netflix documentary along with their daughter Stormi, Look Mom I Can Fly. Entertainment Tonight said in May 2021, “Kylie and Travis are messing around and having fun together.” They had a strong connection and chemistry, and they’re exploring their relationship romantically again.

Travis Scott and Kylie Jenner had never tied the knot but were always together as parents and friends and very happy with their two kids. Though their priorities are different, they are one for their children. They have different focuses; they always live separately, but it’s commendable that they are good friends and good parents. This attachment always brought them together again, even after several break-ups.

We hope you got sufficient information about the lovely couple, and now it’s your turn to leave your comments in the section below.

What Is Self-Care? Dissimilar to Promoting Self-Care

What is Nerdle? And How to Play?